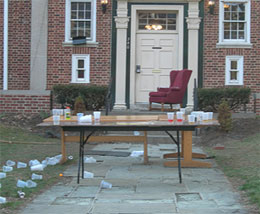 Parties can be one of the best things about going to college. Many colleges don't like to be labeled a party school, so here's what they don't want you to know.

Rather than making a limited list of top 10 party schools, we have included a roundup of all colleges that are some of the biggest partiers in the nation, and we'll indulge in a little history of party school rankings.

Traditionally speaking, here are the most well-known top party schools in America: 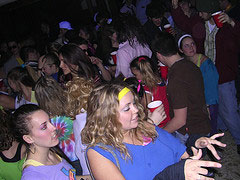 The category that seems to receive the most attention in the annual Princeton Review college rankings, is the ranking of the Top Party Schools in the nation.

The Princeton Review's Top Party Schools ranking is based on surveys taken by over 137,000 college students nationwide that asked questions concerning drug and alcohol use at their respective colleges. Other statistics taken into account in the party school ranking are the amount of students in a fraternity or sorority, and other things such as the number of hours students study outside of class.

While the #1 party school seems to change every year, there are certainly schools that are traditionally included in the rankings year after year. Some schools listed in the rankings frown upon the fact that their college is labeled as a "party school", as it seems to overshadow what the school has to offer academically, thanks to the buzz created by party school rankings.

When Princeton Review released the party school rankings for 2012, it had Ohio University celebrating the fact they were finally named the #1 party school.

The top two party schools swapped spots this year from the last ranking with Ohio taking the title from Georgia. (Fun Fact: Both schools are located in a city called Athens.) It’s no wonder Ohio is #1 after ranking tops in the "Lots of Beer" category and #2 in "Lots of Hard Liquor” as well.

Of course, more and more are starting to question the methodology of the Princeton Review rankings and the rankings in general seem to be losing steam year after year.

Schools on the Top Party Schools ranking are those at which student survey answers indicated low study time, high use of alcohol and drugs, and a highly popular Greek system.

Schools on the “Stone-Cold Sober Schools” ranking are those at which student answers indicated a combination of lots of study time outside of class, low use of alcohol and drugs, and a low interest in fraternities and sororities.

Other categories in the Princeton Review rankings that relate to “partying” include: 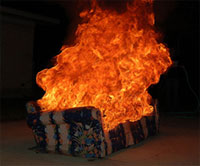 The University of Georgia was ranked number one for the first time, which is surprising considering the effort put forth to curb student drinking. Georgia requires first year and transfer students to complete an interactive online alcohol course, a program that students must pass before the first day of classes. Georgia will also call home to parents when an underage student gets caught drinking.

But Georgia students still have easy access to alcohol with nearly 100 bars located near the Athens campus. In the ranking Georgia took seventh place for students who drink beer and placed in the top 10 for how little students study, the popularity of the Greek system, and how many students attend football games.

Georgia parties so hard, even one of their administrators was busted for a DUI.

But according to this letter to the editor, Georgia is partying way less than it used to:

Two factors that determine the top party schools are those with the least amount of study time and the amount of alcohol the students drink. We think it should be those who study more, get high marks, and still make time to party that should get the higher honor. Anyone can go out and party. It takes a special dedication to want to go out late and be social, yet still manage to wake up for that 8am class.

It is interesting to note that the majority of the colleges in this list also have big football programs with a high presence of tailgating and after game festivities. These are type of schools whose game day parties begin with kegs and eggs and end with burning couches. Something about college sports just brings about the party and riot atmosphere.

Other category rankings in the Princeton Review that relate to “partying” include: 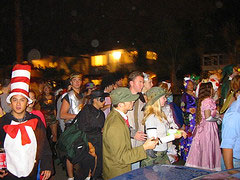 Methodology
Playboy's party school rankings are determined by Playboy editors along with input from students, fans of Playboy's social media pages, alumni, feedback from Playboy campus representatives at schools across the country, and interviews with countless others. Playboy editors analyzed school’s male-female ratios, academics, and the winning percentage of their sports teams, as well as their proximity to beaches, ski slopes and lively music scenes

For the third year in a row, and 6th time overall in the magazine’s 58-year history, the 2011 ranking was released and featured in the May 2011 issue of Playboy Magazine (on newsstands April 15). The year's #1 goes to the University of Colorado at Boulder (who was ranked 16th in the Princeton Review ranking).

The magazine’s first list, Top 40 Party Colleges, appeared in the January 1987 issue with Chico State taking the #1 spot. Arizona State is the only school to appear in all six of Playboy's rankings.

Also included for the second year in a row is a “Best in Class” list which gives honorable mention to colleges in 18 additional categories. These categories range from “Best Naked Parties” (Yale) to “Hottest Sorority” (San Diego State's Alpha Phi).

Playboy's ranking of the Top 10 Party Schools for 2010 was was the 5th time the publication has published the list in its 57-year history. In 2009, Playboy announced it would make the list an annual feature in the magazine. The magazine’s first list, Top 40 Party Colleges, appeared in the January 1987 issue with Chico State taking the #1 spot.

This year's #1 goes to the University of Texas at Austin (who was also ranked 7th in the Princeton Review ranking).

What's New
Also included in this year’s ranking is a “Best in Class” series which gives honorable mention to 23 additional schools in certain categories. These categories range from “Hottest Cheerleaders” (USC) to “Best Halloween Party” (Ohio University, which also receives recognition as one of the nation's best college traditions).