Halloween is one of the greatest events of the year when it comes to college parties.

A crazy Halloween can turn any college into a top party school. Probably one of the best and biggest Halloween parties out there happens at UC Santa Barbara, where people fill the streets of this college town located on the beach for one of the greatest college traditions in America. Other colleges known for having insane Halloween parties include Ohio University and East Carolina University.

The one requirement of a Halloween party is that you must dress up. Many of you may have been planning your costume for months, which is good knowing you'll be prepared for one of the biggest events of the year. Some choose to wait until the last second to throw their costumes together.

Perhaps some of these Halloween costume ideas can spark your creativity so you can think of your own original idea. Most of these costumes can be thrown together pretty quickly and will fit any budget.

Of course, the best costumes are those that are unique, these are just ideas. You should really try coming up with your own idea. Nobody wants to see a bunch of Average Joe's walking around on Halloween.

A cute costume that can also be paired with a Bavarian Guy costume if going as a couple.

Pull off the classy and sexy style of Audrey Hepburn; a costume that isn't too revealing, but will still be a hit with the boys.

The classic stewardess look is a symbol of what flying used to be like when it was enjoyable, a time before we got ran through x-ray machines, were forced to remove our shoes, and could get on a plane with nail clippers and 4oz of hair gel. It's one of those costumes that can be flirty, yet respectable.

You see all the attention females get when getting in costume at Comic-Con, now you can fulfill any nerds fantasy. The costume also works well when paired with costumes of other Star Wars characters.

The beer keg is typically the center of attention at parties, so with this costume you should do well. If you’re looking for a group costume, the keg cup makes for a good combo as you and your friends can get together to form a beer pong rack.

If you want to go all out and paint your face...this is your costume.

Ace and Gary from SNL

Have two friends that just seem inseparable? Suggest this costume to them that is sure to get a good laugh whether or not you have seen the skit on Saturday Night Live.

If you can pull of his laugh, even better. A truly vintage and underrated costume.

The Waldo outfit is a good costume for football games because you'll be in a crowd (fitting for this costume), it'll keep you somewhat warm and comfortable, and it won't block the view of the person behind you.

You probably have to have a certain look to pull this off (must be smooth) but you could almost put together this costume yourself and spend less than $10. 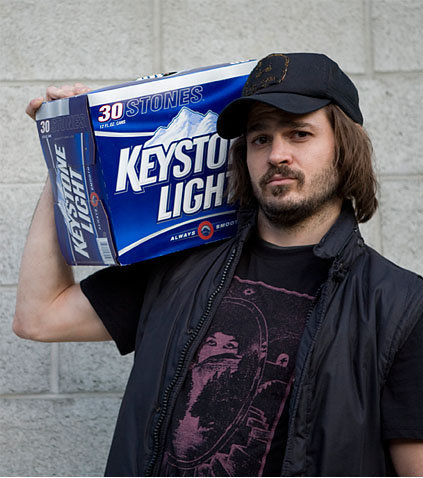