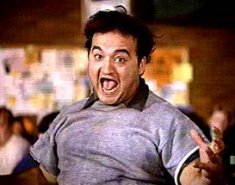 With all of the stresses that come with college, it's safe to say we could all use a good laugh and a little harmless fun.

Perhaps some of you out there may be thinking of a cool and funny prank you can pull on some of your friends or fellow classmates at school. We searched the web and collected a selection of some of the funniest pranks and skits ever pulled at college, guaranteed for a good laugh.

Most of these take place either in a classroom setting or in a dorm room. Maybe some of these college prank ideas will spur your imagination and give you an idea for a practical joke (just don’t get yourself into too much trouble).

Things can get pretty slow during your free time in college, especially during the winter months. The restlessness, boredom, and additional time spent indoors create a prime environment for mischievous acts. Students in the dorms with too much free time on their hands can only lead to one thing: Dorm Room Pranks.

The Upside Down Dorm Room Prank

This is why you don't leave your dorm room unlocked.